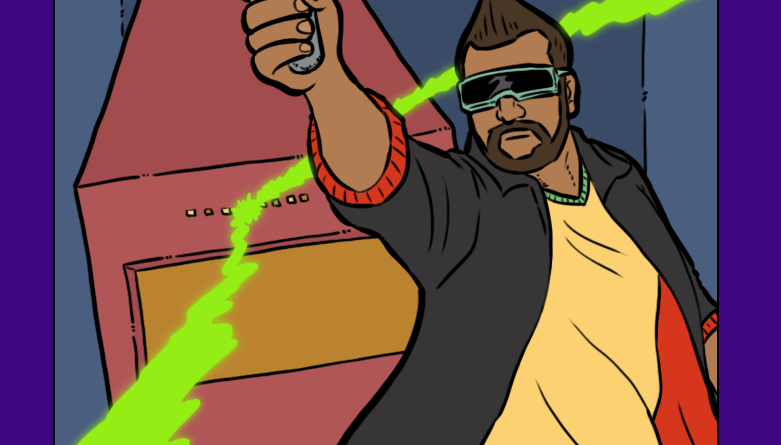 GameHammer is proud to release its latest game for retro computers. Dirk Headstrong and the Martian Madness is the result of many weeks of Live Game Coding on YouTube, where coder Zoë Kirk-Robinson built the game from the ground up, live on air, using 3D Construction Kit and the JavaCPC Amstrad CPC emulator.

In this game you play as intergalactic troubleshooter Dirk Headstrong. He’s picked up a strange signal coming from Mars Base that seems designed to turn all humans insane! Landing at the base, Dirk discovers it has been evacuated because his long-time enemies, the dreaded Bondaks, have invaded. Now he must collect enough fuel to escape from the base while also locating and destroying the Martian Madness Machine!

Controls are standard 3D Construction Kit / Freescape engine controls and the game is available to download for free. There’s also a classic style CPC cassette inlay to accompany the game.