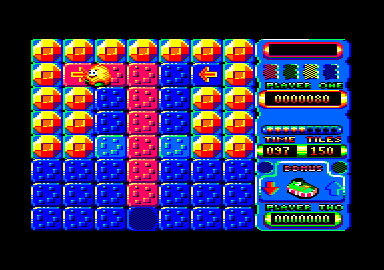 The Internet Archive, that immense repository of old and out-of-print publications (including more magazines than you could ever read) has added Amstrad CPC games, demos and other software to its immense database. These programs are all playable from inside compatible browsers (such as Chrome, Safari and even the Edge browser on the Xbox One, although we’ll warn you before you try it that the games will run a bit slow on that system) which makes retro gaming or even plain old nostalgia all that more accessible.

The Archive’s games are running on a Javascript-compiled version of MAME using the Emularity core to produce the CPC emulation. This is a tried and tested method of getting games to run in a browser; and it is widely used (albeit with different cores) for other retro platforms, such as the ZX Spectrum software library.

If you are interested in trying out the Amstrad CPC software but are concerned about not knowing how to get programs running on a CPC (a common concern when coming to an old computer you’ve not used before) then don’t worry – all the software loads automatically, so all you need to do is select a game, demo or other software that you want to try out and the website does the rest for you.

Games You Must Try

Since the archive is vast (there are over 2400 games alone), it can be difficult to find some real gems to try out when you first look at it. In that case, why not try out this selection; which can also count as a top ten “must play” list for CPC games.

The Egg Adventurer’s first outing is a difficult platform puzzle game with lots of deadly traps to avoid while you undertake your mission to kill the Evil Wizard Zaks (whom we at GameHammer are almost certain was named after the guy who wrote the definitive guide to Z80 Assembler coding). Dizzy features amazingly detailed Mode 1 graphics, sometimes fiendish puzzles and a fantastic soundtrack to boot. It’s an absolute classic.

If there’s a game that comes up time and time again as a must-play on the Amstrad CPC, it’s Rick Dangerous. This platform action game is fast-paced, beautifully animated and an absolute delight to play. If you’re more at home with console gaming than old computers, you will feel right at home with this one.

This isometric platform puzzle game recently won the GameHammer Game of the Year Award for 1986, beating out Elite on the ZX Spectrum and Paradroid on the Commodore 64 – so you know it must be good. Originally created in France (where many of the best CPC software came from back in the 8-bit era thanks to the machine’s dominance in that country) and brought to the UK by PSS, it became a big hit for a good reason.

Oddly enough, Get Dexter isn’t available in the Archive right now but its sequel is, so we’ve linked to that here instead.

We here at GameHammer couldn’t possibly begin to count the amount of hours we’ve all sunk into this amazing late-era game. Designed to look and feel like an advanced platform action game that you would usually find on a console, Switchblade quickly became one of the ultimate Amstrad CPC games.

The colour scheme may not look at that great but the music is amazing (it’s one of the best in-game tracks on the computer, in fact) and the gameplay is simply superb. This is a classic and if you try it out, you’ll quickly see why.

Ask anyone who had a CPC back in the 8-bit era which game stayed at the Number One spot in the charts for the longest time and they will all say the same thing: Robocop. This game sat at the top of the charts for almost two years and when you play it, you’ll understand why.

At its core, it’s a classic run-and-gun game but that’s like saying Doom is a walk-and-shoot game; it’s technically true but you miss out on the crux of what makes the game special. Robocop is a game changer on the CPC – there wasn’t anything quite like it before it arrived; and as one of the earliest hit film tie-ins, it changed how the film industry approached gaming as well.

Now I’ll be the first to admit it: I didn’t play Skweek on the Amstrad CPC until a few years ago (which will no doubt get me quite a ribbing from some people at GameHammer Towers because I’m such a CPC lover). I actually first played it on my beloved Game Gear, where it went by the name Slider.

The Amstrad version was originally published by French publishers Loriciel; who were a mark of quality in the eyes of CPC gamers because they published some utter gems in their time with the machine. Skweek is no exception to this rule.

At its heart, this is a simple colour-changing block game but that’s where the beauty lies. It’s simple but it’s fiendish at times, too. You’ll spend hours with Skweek and you still won’t see all the levels, so it’s a game that will keep puzzle fans coming back for more for quite some time.

“Let’s go, Mr Driver!” This is one of the best racing games on the Amstrad CPC and it’s a testament to its coders that they could wring such fast gameplay out of the machine while also maintaining the high colour palette that makes the CPC shine. In other programmers’ hands, we’d have had either colour or fast gameplay but not both. Thankfully Chase HQ was not in other programmers’ hands.

This is one of the best ports of the arcade game to a home computer and when you’ve played this, you’ll see why so many of us treasure our CPCs. In the right hands, they are unbeatable machines.

Croco Magneto first came to the attention of the average CPC user thanks to its inclusion on the Amstrad Action covertape. It’s a frenetic action puzzle game where you must break radioactive blocks using a bouncing ball, because games don’t have to make sense as long as they are fun.

Brilliant Mode 0 graphics that really show off the CPC’s vibrant colour palette, and a kick-ass sountrack make this indie game an absolute must-play.

The Amstrad CPC got an excellent port of Pang late in the 8-bit era but it was only released on cartridge and it used all the extra features in the Amstrad Plus computers (and the GX4000 console) so even if regular CPC owners could fashion some sort of makeshift cartridge port for our beloved machines, we still couldn’t play the game. What were we to do to get our Pang fix?

Enter Zap ‘T’ Balls, a homebrew Pang clone that in some ways surpasses the original. It’s an amazing game with demo-level coding that absolutely must be seen to be believed.

Some people would describe The New Zealand Story as the game that had the same effect on the UK gaming scene as Super Mario Bros. 3 had on America and to some extent, that’s actually true. It’s a brilliant port of the arcade original and it plays exceptionally well on the CPC. Definitely one to give a try and platform game lovers will find a lot of enjoyment with it.

Those ten games should give you hours of enjoyment on their own but they are by no means the sum total of all the great games available for the Amstrad CPC. If you have any personal favourites we’ve missed off our list, please let us know in the comments because we’d love to give them a try!

3 thoughts on “CPC Games added to Internet Archive – Here are 10 you must play!”